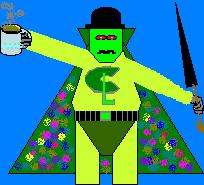 Captain Limey was recently voted the World’s Foremost Expert On Absolutely Everything* (which was nice).

Being the selfless sort, he has decided to make the canyons of his mind available for cheap tourism. If you have a question for which you require a definitive answer, please tweet him (@CaptainLimey #asklimey).

I’ll kick off with this request for guidance from “Confused” of New Hampshire:

I cannot make my computer scroll. Am I technologically challenged, or does everyone have the same problem?

By “computer”, I take it you are referring to the “page” as accessed through the viewing portal known to we technical types as the “monitor”?

By “scroll”, I assume you wish to make the “information” contained on the “page” move up and down?

This is a tricky problem, and one that I only solved myself by the application of Newtonian Mechanics. My solution requires that you purchase a printer, a pulley, some string, a few bulldog clips, and a projecting “stick”.

Glue the “stick” to the top of your monitor, in such a way that the greater proportion of it is pointing towards you (i.e. projecting outwards from the top of the monitor).

Attach the pulley to the end of the “stick” and, after passing it through the pulley, make a continuous loop with the string by the simple expedient of tying the two ends together in what we experts call a “knot”.

Print a screenshot from your computer and attach it with a bulldog clip to the string, so that the printed outer surface, or “viewing portion”, is directed at your gaze.

Now simply pull on the string so that the loop revolves via the pulley, and – hey presto! – you have accomplished two-way scrolling.

I have been talking to this guy I met on the internet. He wants me to give up my life and fly across three continents to be with him. My heart says “Yes!” but I wonder if I am being too hasty. After all, he could be a serial killer for all I know.

You worry too much. Trust is a two-way street, you know.

It is a well-known fact that men are basically straightforward creatures, whose word is their bond.

Let me give you an example: if I were to go to the butcher and ask for a pound of sausages I would not expect him to give me, in their stead, a half-kilo of minced beef. I would naturally be dismayed and upset by any such outcome. Because he is a man, I trust him to be fair and honest in all his dealings.

Now, let us apply the same basic reasoning to your problem: you have never met this man and yet he is prepared to sacrifice his wife, his family and no doubt his good name in his local community in order to forge an ongoing relationship with you. Does that sound like the act of a blackguard, a rapscallion or a scoundrel?

So toss away those cares, Worried! Throw caution to the wind! Carpe diem! Go co-habit with this shining paragon of manhood and let’s hear no more about doubts and uncertainties! In due course perhaps you will invite me to your wedding, and possibly ask me to act as godfather to all the little Worrieds that I am sure will spring from your blessed union.

Here’s an insightful request from another Australian. (Is it me, or do they appear to be multiplying?)

I want to be just like you but nobody ever asks my advice. Should I go up to people on the street and tell them what they’re doing wrong with their lives, or is there a better way? Please help!

How gratifying to find someone who wants to be just like me. You are clearly a person of wisdom and good taste. Well done!

You raise an extremely pertinent question. It is always tempting to approach stupid people with answers to their problems, but, naturally enough, being stupid, they frequently ignore our good advice. This is a problem that has beset innumerable salespeople down the ages. Many is the time I have found a bewildered company representative crying into his beer because unappreciative customers have rebuffed his well-intentioned advances.

A hallmark of the stupid person is that, by definition, he has no appreciation of how unutterably stupid he is. In his mind, his boundless intellect bestrides the universe like a Colossus. Any attempt by a helpful outsider to place this errant self-perception in some sort of context (for example: “You make a retarded warthog seem like Richard Feynman.”) is met by blank incomprehension.

Thus, I fear your recipe for offering unsolicited advice is doomed to failure. The stupid person requires a moment of enlightenment to make him actively seek out the advice of others. Even then he will not usually heed it, preferring, instead, to bemoan his lot and drink heavily.

Another way to approach the problem is through subtlety. The next time you see a stupid person doing stupid things, befriend him on the pretext of asking his advice. Pose his problem to him as if it were happening to you. He will often offer you perfectly sound advice on how to deal with it. Don’t expect him to spot the irony: he is, after all, stupid.

To add to the irony, stupid people will take egregiously stupid advice without question. With that in mind, another sound strategy is to represent yourself as some form of mystic, clairvoyant or astrologer. You can even charge the stupid person stupid fees for your stupid advice. While your desire to save them from themselves remains unsated, you will, nevertheless, become extremely rich, which many intelligent people consider a reasonable recompense.

What might seem a perfectly good route, a career in counselling, is let down by the fact that counsellors are expressly forbidden to make helpful suggestions to stupid people. Instead, they are required to work out the answers for themselves, which, in practice, takes an infinite amount of time. Nevertheless, you are charging by the hour so, if you can stand listening to their ceaseless whingeing, this can be an immensely remunerative arrangement. Before you leap too quickly to embrace this option, I would urge you to consider that you will occasionally be required to use the terms “paradigm”, “unconscious ego state” and “narcissistic delusional complex” without any apparent irony when around other counsellors. Often all in the same sentence.

Your final option is to set up an advice column in your blog, create some spurious qualification for your alleged expertise, and then just see what happens.

That’s what I would do, anyway.

Someone else from New Hampshire writes:

God, that NH person is an idiot! Where do you find these people?

And what the hell are bulldog clips?

And where can I buy some?

Someone Else From New Hampshire

Dear Someone Else from New Hampshire

2) You’re kidding, right? Or have Google’s 697,000 results on the subject failed to shed light on the subject? Here I am, brain the size of a planet, and you ask me what a bulldog clip is…

3) Your local stationer can show you a fine selection.

The last subject today is intriguing:

Why don’t we just put all the stupid people in a rocket and shoot them off into space?

I think you have gravely underestimated the scale of rocket required for such a task. Escaping the Earth’s gravity is a bit of a bugger at the best of times, and your proposed payload would pose severe technical difficulties.

Notwithstanding the fact that no current space agency has plans to build such a craft, your plan fails, I fear, to address a number of significant issues:

First, it is notoriously difficult to get stupid people to congregate simultaneously at any specific point. They are apt to become bewildered and wander off.

Second, concentrating the majority of the world’s stupid people in a single location will cause untold damage to local infrastructure.

Third, you do not explain your filtering process. You must have some mechanism for deciding an appropriate level of stupidity. Inventive geniuses, for example, are outstandingly stupid on occasion, but we forgive them because they make up for it by creating interesting stuff ~ like the reversible neon steam paddle. You need a failsafe way to select the deserving stupid.

One way to solve this problem is to place random doors in towns and cities worldwide with a notice attached saying: “Are YOU stupid enough to walk through this door, not knowing if it will lead to a rocket intended to send you forever into the infinite blackness of space, but after first signing a waiver disallowing any right of appeal or recourse to lawyers in the event that it does?” Some sort of netting device on the other side would provide a rudimentary collection mechanism for those stupid enough to try it.

My last point is my greatest concern: as a Star Trek fan you will know there are many sentient races out there in space, several of which have only recently passed to a higher level of consciousness (possibly by ridding themselves of their own stupid people). Imagine their consternation when their newly-tranquil planet is visited by a humungous rocket-load of human eejits, wandering around lost and asking in loud, stupid voices for directions to the nearest toilet.

Might this be classed an Act of War? Might they exact some form of terrible revenge? Might it, in the immortal words of Michael Stipe, be the end of the world as we know it? Might that not mean that Mankind’s greatest act of stupidity was sending all its stupid people off in a rocket?

It pays to think these things through.