Measuring The Whiteness of Snow

Four years ago I saw this report in The Times and had to blog. They say recycling is a good thing.

14th February 2007: Two explorers are aiming to measure the colour of snow while attempting to complete the longest Arctic trek ever made. Alain Hubert and Dixie Dansercoer, who are sponsored by Rolex, will aim to walk 2,800 miles across the frozen Arctic from Siberia to Greenland.

Scientists say that snow is not perfectly white. 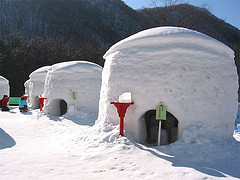 Mon Dieu, but this is a cold place! My – how do you say? – gonads are not expecting this and have shrunk to the size of those little nuts the people eat in Cafes Tabacs.

Dixie, he do not seem to mind this, but, myself, I am of half the mind to give up on the walking across the North Pole.

Dixie expressed to me his belief that this is the thinking of a coward. “What would Napoleon have done?” he ask me, as I stand shivering outside the Russian Nissen Hut that they call a hotel.

“How should I know?” I tell him, shrugging. But – sacre bleu! – I would find it incredible if the little general would have stand around in the snow and wait for his balls to turn black and drop off.

“Well, okay,” he say, “but at least remember that if you give up now you don’t get to keep the Rolex.”

This is true. I will give it another chance.

Jesus, my ancestors were Belgian, but, I gotta tell you, the Frenchie irritates the heck outta me.

We been here less than an hour, already the little crybaby is moaning about the cold.

“Listen,” I tell him. “You think Napoleon conquered the known world sitting on his thumbs in a heated pool? Shit, no!”

He just sorta looks at me and shrugs that way they all do when they want you to know they don’t give a rat’s ass what you think. So I remind him that the sponsors won’t keep their end of the deal if he gives up now. That seems to set him straight, but I think we’re gonna see a whole load more whining before this expedition is over.

As if I don’t have enough to worry about, all his moan-ass stuff kept us from discussing how we were gonna measure the colour of snow.

I gotta say I’m a bit stymied by that one, right now, but you gotta take sponsorship where you can get it, right? Even for some dumbass experiment that no one gives a shit about.

I guess I’ll sleep on it. I had this one idea that maybe the people who make those toothpaste ads could help out. Like some kinda index, with Off-White Brit Teeth at one end and Blinding White Osmond Teeth at the other. A kinda Richter Scale for whiteness. Yeah. That sounds good. I’ll see what the Frenchie thinks tomorrow.

Dixie come to the breakfast with some story about his teeth. I do not follow it all, but he start singing “Puppy Love” so I am wondering if the expedition make him crazy already.

I am having the second thoughts again about this whole idea. In the middle of the night I wake up and my bladder it is crying for the release. I ask you, what kind of hotel is it that it have the toilets outside? My poor gonads already they are mistreated, and now this! It is more than I can bear, and yet it is only the beginning. If it were not for my Rolex, I would call for the little plane to come pick us up and bring us back to the civilisation.

Dixie spend some time on his computer this afternoon. It amaze me it work out here in the middle of nowhere, but it seem Rolex have some deal with the Russian Government where they can watch us on the spy satellite, which also give us the Internet, even at the North Pole.

For this I am grateful. It mean the little plane can come and find us at any time.

This evening, Dixie show me pictures of Austin Powers and Donny Osmond. I have no idea why. Sometime I think we are not – what is the word? – a good fit together. I try to explain this to him, and let him know I am not au fait with the North Pole, but I think all I do is make him mad. I tell you, this worry me.

Before I sleep, I check my Rolex for the time and I think it is frozen. What type of Rolex is it that it is frozen?

Sweet mother of God, I swear I’m gonna swing for that little cocksucker before this trip is over.

He spends breakfast whining about the toilets, and when I try to make him focus on the job at hand he just looks at me like I got a turd balanced on my nose.

There ain’t no getting through to him, so I spend the day looking for a way to show him what I mean. When I do he tells me he ain’t no explorer and asks me if we’re gonna see some frikken’ penguins. I tell him no, the polar bears ate all the frikken’ penguins, and now they’re starting out on the French, so he’d better take care, because if he annoys me any more I’m gonna put a frikken’ classified in The Polar Bear Gazette telling them where to find him, the little bastard garlic-muncher.

Some guy from a newspaper rings me on the satellite phone wanting to know what colour the snow is in Siberia. Good frikken’ question, I tell him. Far as I can tell it’s somewhere between Michelle Pfeiffer and George Clooney. That shuts the little slimeball up.

I never noticed before, but the second hand on my Rolex goes counter-clockwise. Gotta hand it to those guys, they sure know how to differentiate their product.

Okay, so I gotta sleep. Last day tomorrow before we set off, and I gotta decide on the snow measuring thingy. I’m having trouble finding someone to go between Dick Van Dyke and Brian Wilson.

I have the horrible night. Once more the bladder it will not let me sleep and so I get dressed and go to the toilet, and – son of the bitch! – it is snowing.

I cannot see my hand in front of my face, and the toilets are invisible to me. I tell you I wander around in the circles for a long time and still I do not find them.

At last I can stand it no longer and I take out the little soldier and relieve myself. Halfway through I begin to have the worry about the frostbite. This is a terrible place!

Dixie, I think he is – how you say? – struck by the stars. He have pictures of famous people all over his bedroom wall. He show me a picture of Brian Wilson. I think somehow he have guessed I am the big fan of the Beach Boys. Then he show me a picture of Dick Van Dyke from Mary Poppins. “No, no!” I tell him. “Not Dick Van Dyke…Van Dyke Park.” But I think he does not understand me.

I sing him the song of the sweeper of chimneys, but I fear it does not help.

I am having severe doubts about the Celebrity Teeth Whiteness Index. I took Liberace outside this morning for a test run, only to find his teeth were so white they made the snow look kinda like a pissy shade of yellow. This is gonna be a lot harder than I thought. I can’t just say “Snow is yellow” in the report. Anyway, knowing those jerks at the University, they’d only ask what type of yellow. Sheesh, and I thought this was gonna be a breeze when I signed up for it.

The bladder it call me awake again. I am just stepping out into the snow. I will not bother to look for the toilets, but I may be some time….

If you find this, I only hope that history will not judge me too harshly for what I have done.

You will find the Frenchie, dead, with his head stuck down the toilet. I found the little douche-bag pissing all over the Celebrity Teeth Whiteness Index, and there’s only so much that flesh and blood can bear. You may call it murder, I would cop to manslaughter…but, sweet holy mother of frikken’ Jesus, any court in the world would call it justifiable homicide.

I am going for a walk now.

Oh, and by the way. Rolex. Screw your crappy watches!