Whinge of the Day 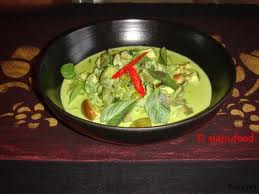 In the grander scheme of things, today’s subject will not seem of great import. In a world where you can be blown away in an instant at the whim of some git holed up in a cave in Afghanistan, I suppose I really shouldn’t moan about it at all. After all, it’s not as if the problem that has been vexing me all weekend is life-threatening. On the Richter Scale of Annoyance, it would barely register as a light tremor to the majority of the population.

But I need to get this off my chest, so feel free to go right on ahead and chide me for my loss of perspective. I’ll hold my hand up. Mea culpa.

In order to give you an appreciation of the issue, I suppose I should paint in some background detail. Those of you who know me only through my blog have probably noticed that I’m not really one for sharing a great deal about the inner man. I prefer to commentate rather than navel-gaze. Not for me the unburdening of the soul, or the wading around knee-deep in emotion. Now, however, you will need to know something about me; something that I have never revealed before.

There, I’ve said it.

Now, when I say “like”, I want you to realise that I don’t just mean “like”. I mean “really, really like” in a mind-warping, addicted, can’t-get-enough, Homer Simpson-doughnut-fetish sort of way.

Thai food, for me, is just about the most wonderful thing on the planet. In particular, Thai Green Curry is a culinary version of the ceiling of the Sistine Chapel. If Michelangelo had been a chef he would have cooked Thai Green Curry. Let me be frank here: were I a prisoner facing execution in one of America’s more regressive state institutions, my last meal would indubitably be Thai Green Curry. If you saw a tear on my cheek shortly before the lethal injection, it would not be born of regret for a life wasted, but rather for the probability of never, ever tasting Thai Green Curry again.

In pursuit of Thai Green Curry, I have frequented many a restaurant; I have attended courses and spent much time and money finding exactly the right ingredients in order to cook it for myself. Every now and again, though, I find myself in need of a quick fix, and am tempted to purchase those ready-to-cook, straight-to-the-wok sachet things that you can knock up in a trice: just add prawns, chicken or whatever and away you go.

Which brings me, at last, to the root cause of my complaint.

From every one of the scores of manufacturers whose products I have tried — all of whom allege on their sachets or tins that they have captured the true essence of Thai Green Curry — what I want to know, what I am, indeed, dying to find out, is this:

What the HELL are you thinking? What, in the name of all that is holy, makes you believe that the vile concoctions your chefs see fit to inflict on us have any connection whatsoever with the real thing?

This isn’t just an odd occurrence or a fluke aberration, oh no: it’s absolutely par for the course. I defy any one of you manufacturers to sample your inept garbage next to a Thai Green Curry made properly and find even the remotest scintilla of an overlap between the two. Has any one of you ever tasted the real thing? If so, let me repeat: what the HELL are you thinking?

Frankly it is a source of continuing bewilderment to me how pretty much the same combination of ingredients can end up at polar opposite ends of the taste spectrum; how something so sublime can be botched to produce something so crass. It makes me think that the manufacturers have absolutely zero respect for consumers. “They’re so ignorant that they’ll never notice,” snigger the Quality Control executives. “Let’s give them the complete runaround and see how gruesomely different we can make it taste before someone starts to complain.”

Well, you arrogant bastards, the line is drawn here: consider me the culinary equivalent of that student in Tiananmen Square. Run me over with your corporate tanks if you dare, but for fuck’s sake get a grip and employ someone with working tastebuds in your R&D kitchens. Forcefeed your benighted  crap to your employees, from the Chairperson down, until they can’t bloody well wait to get it right next time. Better yet, fly in street vendors from Bankok and let them show you how it’s done. Seriously, how hard can it be?

Whinge over. Thanks for your time. Have a good week.

2 Responses to Whinge of the Day