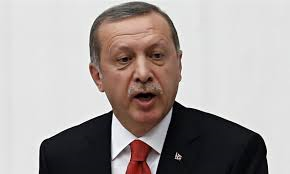 So it is a well known fact that Muslims discovered the Americas.

Only a blind fool would deny this, although there are many, many blind fools in the so-called First World countries, may the scales one day fall from their unseeing eyes!

The truth is incontrovertible. Did Columbus himself not write in his journal, Standing On The Shoulders of Giants, that he visited, in Cuba, a Muslim bazaar and purchased a large number of cigars and a fez from a man named Abdul? Quod erat demonstrandum, as the old Turkish phrase has it (stolen from us by the scurrilous Greeks and passed on to the Romans. Another example of their brazen effrontery, damn their eyes, for they are the sons of swine!).

Every day the West forgets the lessons handed down to them by their Muslim torch bearers. For example, was it not John Yogi Baird who showed how moving pictures might be beamed through the divine ether so that we all might marvel at Allah’s grace? A gift to the world that was greedily appropriated by the dark forces of the West; a gift turned over to paeans of wickedness extolling heathen dogs who lie with other heathen dogs of similar gender and sing like wailing mongrels rather than the devout scholars they profess to be! Or Glee as I believe it is known among the Godless hordes.

Needless to say, it is an unassailable fact that the first men on the Moon were Muslims who built, at the behest of the Great Prophet, a ship of gold towed by twenty thousand chickens, which admirable birds, sacrificed and chargrilled, later sustained the virtuous scholars who manned the ship. Centuries later the absurd Americans attempted the same feat and never stopped to ask why their mission was called Apollo. The ignorant fools!

My friends I could tell you more tales. Tales of greatness and wonder. Tales that would burn a thousand lifetimes in the minds of men! But for now, please excuse me: I have a country to ruin.