This blog has been recycled from a previous blog. Recycling is good for the environment. Fact. 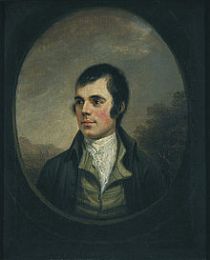 It’s Burns Night and later, after a few snifters, those of a more Scottish persuasion will no doubt be singing Auld Lang Syne. But what on Earth does it all mean? Fear not, my faithful follower! I studied Burns at school and, as my gift to you, I am happy to bring you the inside dope on what was going on amid that impenetrable thicket of Scots. You’re welcome.

Should auld acquaintance be forgot,
And never brought to mind?

Should we forget our old friends and not remember them?

[Note how Burns uses this tautological device to drive home his point about forgetting things. Like the thing he just said.]

Should auld acquaintance be forgot,
And auld lang syne!

Should we forget our old friends and Old Lang Syne!

[Old Lang Syne was a teacher of mathematics at Dalrymple Parish School where Burns first learned some of the things he later forgot. At that time, of course, Old Lang Syne was Young Lang Syne, second son of the headmaster, the original Old Lang Syne. To this day the debate rages furiously among scholars as to which of the Old Lang Synes is referenced in this poem. Some have even posited that Burns was referring to both. A sort of co-Syne.]

My best drinking bud, let us drink a cup of something alcoholic to the memory of Old Lang Syne.

[A cup of kindness is generally held to be a corruption of “a cup of Kidney’s”. Kidney’s Old Peculiar Dark Ale was a perennial favourite at the Tam O’Shanter Inn, Alloway, where Burns spent many a long day between poems.]

And surely ye’ll be your pint stowp!
And surely I’ll be mine!
And we’ll tak a cup o’kindness yet,
For auld lang syne.

For certain you’ll drink several pints of Kidney’s Old Peculiar, and so will I, to the point that we will toast Old Lang Syne over and over again with little memory of having done so already.

[The device of repetition is deployed by Burns throughout the poem, capturing the essential tediousness of a conversation between two drunkards.]

We twa hae run about the braes,
And pou’d the gowans fine;

Basically we’re both at that stage of inebriation where we’ve totally pissed our pants but don’t care because we’ve now moved on to the optics.

[Gowan’s Fine Scotch Single Malt Whisky was another staple at the Tam O’Shanter. After a particularly heavy session on it, Burns was once moved to write an ode to a louse.]

But we’ve come a long way since Old Lang Syne. Which reminds me, we must drink a toast to him.

We twa hae paidl’d in the burn,
Frae morning sun till dine;

We’ve been piddled in the pub all day

[The Burn was a tavern notable for being frequented by poets of all persuasions. After heavy drinking sessions a favourite line among locals was: “Aye! Burns is burned in The Burn again the noo!”]

But seas between us braid hae roar’d

And it feels like we’ve drunk an ocean of ale

Jings! We really should drink a toast to Old Lang Syne, before we forget.

And there’s a hand, my trusty fere!
And gie’s a hand o’ thine!
And we’ll tak a right gude-willie waught,

Give me your hand, my best drinking buddy, I’ve just realised that after nineteen pints of Kidney’s and a couple of bottles of Gowan’s I am feeling such friendship for you that I might very well let you stroke my manhood. After all, it’s what Old Lang Syne would have wanted. Here’s to him!